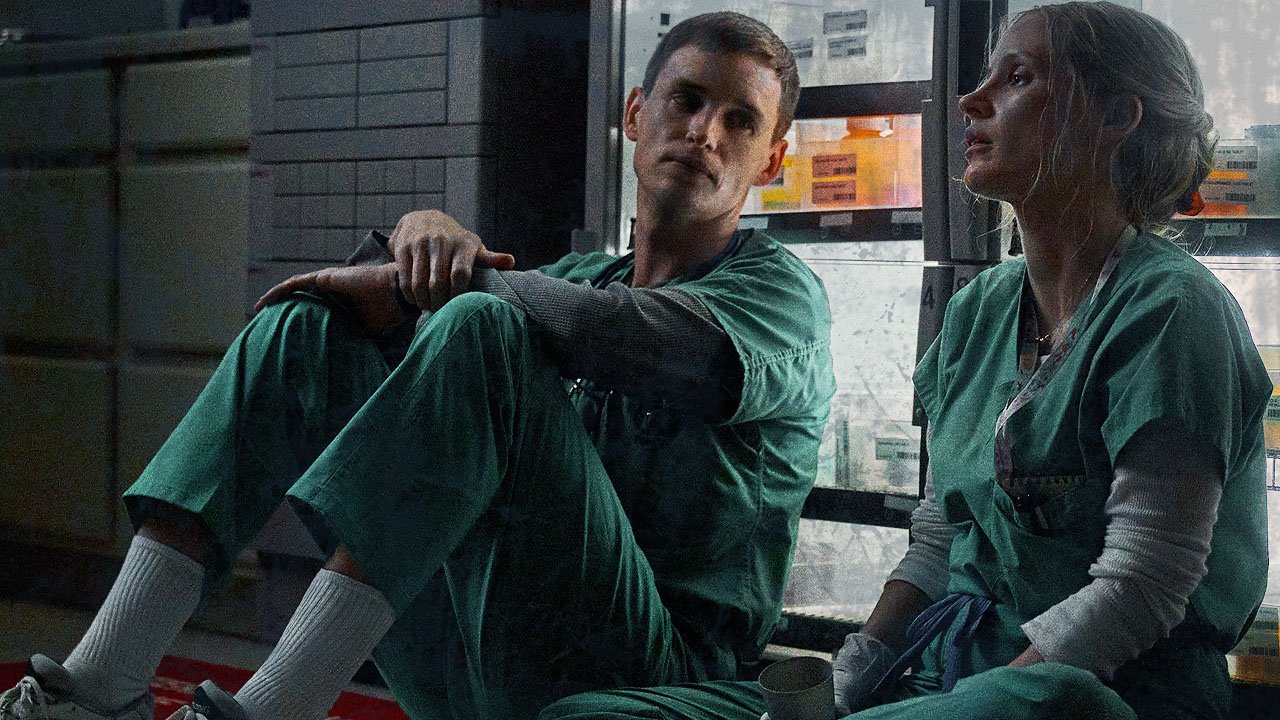 This post may contain affiliate links. If you use these links to buy something we may earn a commission. Read our full disclaimer here. Our opinions are not affected by affiliates and are our own.

In 2022, Netflix brought to life The Good Nurse, a film adaptation of the 2013 true-crime book of the same name.

Today we’re going to be reviewing the movie, talking about how realistic the scenes are, and going over what the true story actually is.

Before we get started, I just wanted to mention that we won’t be looking at specific plot points from a cinematic perspective. But, more from a nursing perspective.

Additionally, this is a bit different from our normal content, I wanted to try something a little different. But, if you have any concerns or comments, please feel free to contact us.

In the movie there’s a lot of focus on nurses. What do nurses do? Find out more about what hospital life is like!

The Good Nurse is a 2022 American film depicting events of the 1988-2003 serial killer Charles Cullen (source). It is taken from the 2013 true-crime book by the same name.

The story itself follows Amy Loughren, a nurse that works closely with Charles Cullen in a New Jersey ICU. She meets Charles and develops a strong friendship with him. Amy has a life-threatening heart condition (cardiomyopathy) that Charles helps her with. But, after a series of mysterious patient deaths, an investigation sets out to discover the truth.

Is The Good Nurse a True Story?

Did The Good Nurse movie actually happen? Yes, the movie is based on a true story.

Amy Loughren is a real person who worked with the police as an informant to help the police catch Charlie.

Charles Cullen is a real-life serial killer. He confessed to murdering up to forty patients, with 29 confirmed victims, and is estimated to be responsible for 400 deaths. Cullen was arrested on December 12, 2003 and sentenced to eleven consecutive life sentences in 2006 (source).

Why Did Charles Cullen Kill His Patients?

What is the Heart Condition Amy Loughren Has?

In the movie, Amy Loughren has a rare heart condition known as cardiomyopathy.

Cardiomyopathy is a disease of the heart that makes it difficult to pump blood to the body. It can cause complications such as heart failure. The symptoms are often seen in the movie as breathlessness, fatigue, and chest discomfort (source).

Medications in the Movie

There are several medications mentioned in the movie, however these specific ones are very important. We just wanted to go over some details of the medications, and what they’re actually used for.

Cullen would inject Insulin into patient’s saline bags. These deadly doses would enter a patients bloodstream and could cause deadly decreases in blood sugar.

Digoxin is a medication used to treat heart failure and arrhythmias. It can help control your heart rate, and helps your heart pump better (source).

Cullen would use Digoxin in toxic doses to murder his patients “in their sleep”.

What is the Pyxis Machine?

The Pyxis MedStation system is an automated medication dispensing system. It allows for decentralized medication management along with a complete record of who is accessing medications (source).

In the movie, you see the Pyxis machine used a lot. It is commonly used by nurses and other healthcare providers (typically pharmacy) to withdraw medications. Basically all medications are kept in the Pyxis, however certain medications such as Class II Fentanyl are kept under extremely strict watch.

Throughout the movie, it seems as if the hospital was trying to cover-up for what was happening (the unexplained deaths/errors).

In real life, hospitals do have very strong legal teams that deal with these types of matters. There can be a lot of legality behind what patients have rights to, ethical issues surrounding mistakes, and insurance problems. While hospitals are trying to look out for the patient’s best interests, there can be complex reasons why they might try and delay investigations.

Hospitals now require employees to report any mistakes or suspicious behavior with the promise of no-fault. Unfortunately, nurse and other medical professionals are human and mistakes can happen. These hospitals employ teams to ensure the safety of patients, staff, and the organization.

You can read more about the legal impacts of the case here.

How realistic is The Good Nurse movie?

For example, the beginning scene with the Code Blue, it shows a fairly realistic scenario. The compressor was counting out loud, someone was giving breaths, the doctor was providing feedback, and there was a realistic conversation happening. Additionally, the medications (epinephrine) would be a medication used during a cardiac arrest.

From that perspective, it was a fairly accurate depiction. The rest of the movie seemed to follow the same trend. When the legal team was talking to the police, that is how a hospitals legal team would probably act. In addition, when they addressed the hospital about what was happening it seemed pretty on-par.

In conclusion, from a nurse’s perspective, it’s a pretty good movie. Again, it relatively accurately depicts a hospital setting, and the events that happened.

It’s a sad tale that reminds us, as nurses, we have a responsibility to provide ethical, proper, and just patient care.

This article should not be taken as professional advice of any kind. While we try to use accurate and up-to-date information we cannot guarantee the information will be accurate as of the time you look at it. Information and practices are always changing.

Full Time Nurse was created to be a resource for nurses, nursing students and aspiring nurses. Full Time Nurse was started with the philosophy of “knowledge is power”. Educating others is one of our primary goals, along with having a bit of fun along the way!